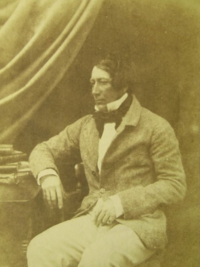 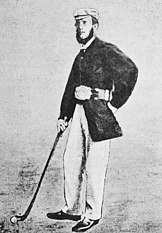 Prestwick Golf Club organised the event, "to be played for by professional golfers". Golf clubs in Scotland and England were invited to name and send up to three of their best players to compete. The contest was over three rounds of the twelve-hole links course. The prize for winning was the Challenge Belt; a player winning the belt three successive years would keep it. "Cawdies, i.e. Professional Players, not Keepers of Links" were eligible and had to produce a certificate of respectability from their club.[2] George Daniel Brown was the only Englishman to play in the event.[3]

James Ogilvie Fairlie was the principal organizer of this inaugural Open Championship. In a proposed competition for a "Challenge Belt", Fairlie sent out a series of letters to Blackheath, Perth, Edinburgh, Musselburgh and St. Andrews, inviting a player known as a "respectable caddie" to represent each of the clubs in a tournament to be held on 17 October 1860.[4]